Interpretation is the process of making sense of numerical data that has been collected, analyzed, and presented.Interpreting data is an important critical thinking skill that helps you comprehend textbooks, graphs, and tables 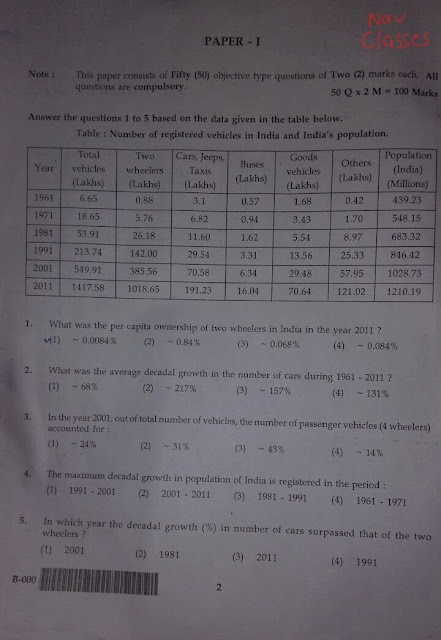 The table below embodies data on the sales revenue (rs in lakh) genrated by a publishing hourse during the years 2012-15 while selling books, magazines and journals as three categories of items. Answer questions 31–33 based in the data contained in the table

In 2015, approximately what percent of total revenue come from books?

The number of years in which there was an increase in revenue from at least two categories of items, is

A University professor maintains data on MCA students tabulated by performance and gender of the students. The data is kept on a computer had disk, but accidentally some of it lost because of a computer virus. Only the following could be recovered:

Panic buttons were pressed but to no avail. An expert committee was formed, which decided that the following facts were self evident:

(a) Half the students were either excellent or good.

(c) One-third of the male students were average

Answer questions 4-6 based on the data given above

Approximately, what proportion of good students are male?

How many female students are excellent?

What proportion of female students are good?

A college has a total of 800 MCA students, 80% of whom are in class MCA-III and remaining are equally divided between class MCA-I and class MCA-II. The proportion of female students and the proportion of vegetarian students in the college are indicated as under through the table. Answer questions 4 to 6 based on this information.

Rest students are divided equally into class MCA I & MCA II. So,

55% of MCA III students are vegetarian.

Thus, no. of vegetarian in MCA I,

In class MCA I total vegetarian = 32.

The following table shows the percentage profit (%) earned by two companies A and B during the years 2011-15. Answer questions 1 to 3 based on the data contained in the table:

The following table shows the number of people in different age groups who responded to a survey about their favourite style of music. Use this information to answer the questions that follow: (Question 4 to 6) to the nearest whole percentage: 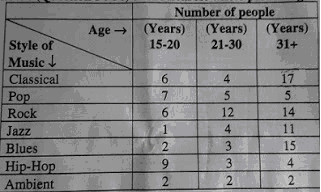 Given below in the table is the decadal data of Population and Electrical Power Production of a country.

Based on the above table, answer the following questions:

Question numbers 1 to 6 are based on the tabulated data given below:

:
A Company has 20 employees with their ages (in years)and salary (in thousand rupees per month) mentioned against each of them :

For a county, CO2 emissions (million metric tons) from various sectors are given in the following table. Answer the questions based on the data given:

Read the following table and answer question based on table:

(C) Tube Wells and other wells

(C) Tube Wells and other wells

Following table provides details about the Foreign Tourist Arrivals (FTAs) in India from different regions of the’ world in different years. Study the table carefully and answer the questions based on this table.

In the following table, trends in production of energy in India by primary sources are given. Study the table and answer the following questions: (Production in peta Joules)

Read the table below and based on this table answer the following questions:

On the basis of the data given in the following table, give answers to questions:

(As percent of total expenditure)

5 percent of the total expenditures incurred on the social services in 2008–09?

(D) All the above

(B) Welfare to SC/ST and OBC

(A) Labour and employment

The total electricity generation in a country is 97 GW. The contribution of various energy sources is indicated in percentage terms in the Pie Chart given below ; 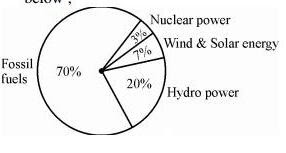 Questions are based on the following data : 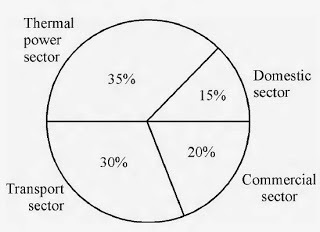 The following table presents the production of electronic items (TVs and LCDs) in a factory during the period from 2006 to 2010. Study the table carefully and answer the following questions.

In the following chart, the price of logs is shown in per cubic metre and that of Plywood and Saw Timber in per tones.  Study the chart and answer the following questions. 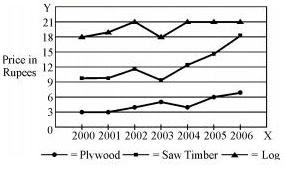 (D) None of the above 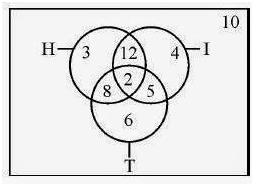 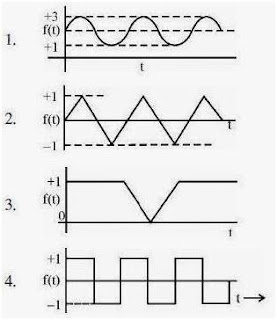 (A) Census of India

Questions 1 and 2 are based on the following venn diagram in which there are three intersecting circles representing Hindi knowing persons, English knowing persons and persons who are working as teachers. Different regions so obtained in the figure are marked as a, b, c, d, e, f and g.

Study the following graph carefully and answer questions 3 to 5. 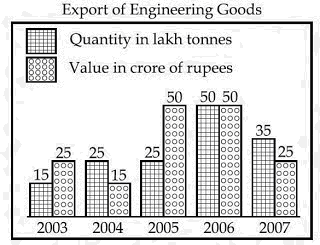 Study the following Venn diagram and answer questions nos. 1 to 3.

Three circles representing GRADUATES, CLERKS and GOVERNMENT EMPLOYEES are intersecting. The intersections are marked A, B, C, e, f, g and h. Which part best represents the statements in questions 31 to 33?

Study the following graph and answer questions numbered from 4 to 5: 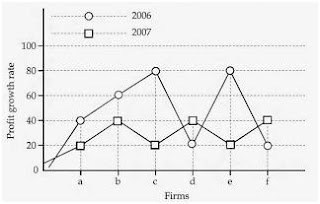 Questions 1 to 3 are based on the following diagram in which there are three interlocking circles I, S and P, where circle I stands for Indians, circle S for Scientists and circle P for Politicians. Different regions in the figure are lettered from a to f 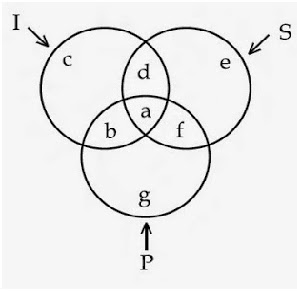 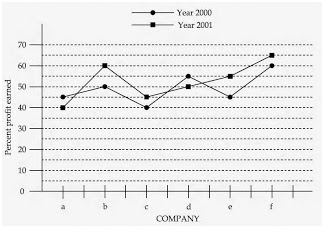 The following pie chart indicates the expenditure of a country on various sports during a particular year.  Study the pie chart and answer the following questions: 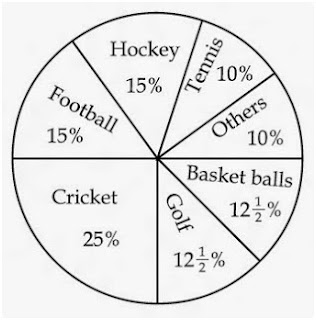 (A) Hockey and Tennis

(B) Golf and Basket ball

Study the following graph carefully and answer Q.No. 1 to 5 given below it: 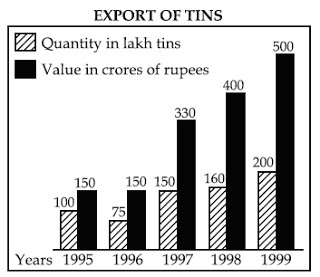 (D) None of these

(D) None of these

Study the following graph and answer the questions from 1 to 3: 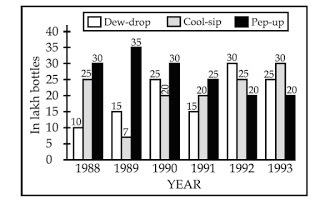 (D) None of the above

The combined “mean” of the marks of the two classes will be:

Higher Education: https://goo.gl/3dSkPn
If any one wants to get PDFs by Navclasses then click here: https://www.facebook.com/groups/navclasses/files/

Get subscription For complete Paper 1 and Paper 2

Just leave everything on me i will teach completely with revision

You will surely get confidence to crack JRF with my courses

> Will provide All PDFs

> NO need to buy additional book

> Navdeep Kaur’ classes are of 2 hour each

> Can ask queries in live

> Can watch all courses launched in subscription

> No need to pay separately

> can watch live, see recorded from laptop and mobile both